ArtNetdlr is submitting a proposal to Dun Laoghaire – Rathdown county council for use of the Carnegie Library Building on George’s Street as Creative Hub/Arts Centre, focussing on the coalescence of artistic excellence and social impact, offering an accessible public space that will enrich Dun Laoghaire-Rathdown.

ArtNetdlr is a group of professional artists of every discipline, connected to Dún Laoghaire – Rathdown, and working with the support of the Arts Office of DLR coco. Currently counting 166 active members, and many more supporters, we create engaging and entertaining experience for everyone; we inspire creativity and enjoyment of arts amongst our audience and wider public. Above all we are committed to support artists professional practice development, provide information and networking opportunities, and encourage collaborations between different art forms. We run workshops, talks, events and exhibitions, as well as informal artists meetings to network and discuss key issues.

Artists are a key voice in any contemporary society and ArtNetdlr is committed to supporting artists’ ability to live and work in Dun Laoghaire – Rathdown. It is essential to create a base for them in the area.

DAVID McWILLIAMS is an economist, author, journalist, documentary-maker and broadcaster, Adjunct Professor of Global Economics at the School of Business Trinity College Dublin, and ranked 10th most influential economist in the world.

ROISIN HOGAN from ArtNetdlr will outline our objectives in a short presentation followed by a Fun 20X20 Raffle. 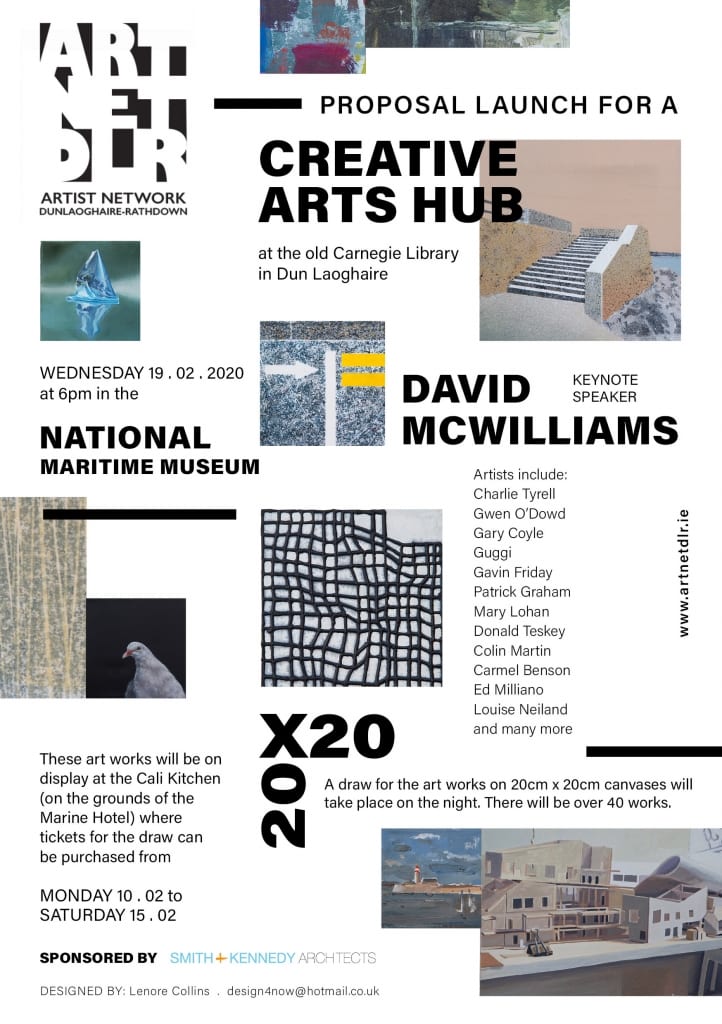 You can own one of these canvases and also support ArtNetdlr initiative. All you have to do is purchase a ticket for €50 and you are guaranteed to get one, but you won’t know which one just yet… it’s pot luck. Tickets can be bought at Cali Kitchen.

All will be revealed on 19th February in the National Maritime Museum of Ireland and the draw for each piece will take place during the evening, you might enjoy trying to match the canvases with the names on the list over a glass of wine.

This event is sponsored by Smith+ Kennedy Architects. 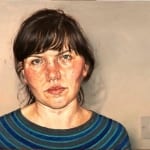