An Indian-born designer, visual artist and author, Shabnam sees colour as her cultural inheritance and expresses emotion through it.

She often uses the medium of her trade as dress-designer to create two-dimensional images and soft sculptures. This manipulation of waste textiles sometimes extends to other throwaway products, combining diverse textures and colours by layering, intertwining or juxta positioning into a composite mixed-media whole. Shabnam has lived in Ireland for over forty five years and held several solo exhibitions in Ireland and abroad – one of which was covered by RTE’s Arts Programme, ‘Cursai’.   She has demonstrated her art practice in the Arts Centre, Dept. of Culture and Information, Sharjah, United Arab Emirates. Her pastel images were on permanent display in Jury’s Hotel & Towers, Ballsbridge, until the hotel’s closure. In September 2018 Shabnam collaborated with Irish journalist, Cathy Dillon, who responded to her images with prose poems that explored their two cultures. Commissions have included the Grenadier Regiment (Indian Army), Belfast City Council, RTE, UN Women and Irish Mensa. In 2015, she was on a panel that curated an exhibition of the Irish State’s Art Collection (in association with the Office of Public Works) in the Municipal Gallery, Lexicon, Dun Laoghaire.

Shabnam has been a member of DLRC Artists Network since its inception and is a Professional Member of Visual Artists Ireland. She has also written six books, the last book, of local history interest, was funded by Dun Laoghaire-Rathdown County Council. 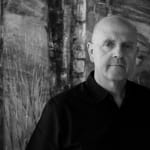